After compiling the data, it seems to all of us here it’s time to buy 1909-S VDB Lincoln Wheat Cents in Mint State 65 Red. 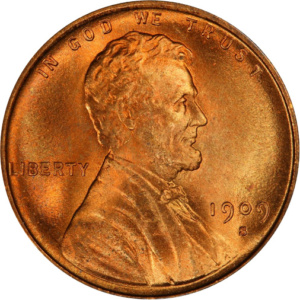 Currently, they’re selling for around $3100. We took a look at 5 coins that sold this year. The most expensive of the group sold for $3240 and the least expensive sold for $2880. In fact, the steal of the bunch seemed to be a CAC coin that sold for only $3120…

That’s pretty cheap. They may be taking a hit on the current summer market, but that’s down from a peak in the late 2000s of over $5500. If you’re a long term player, all signs point to hold your coin or buy now. (This is just speculative opinion – past performance is no guarantee of future results. Also, we never give investment advice.)

They could still be heading down. There’s no way to know.

So why is it a good time to buy? Well, timing the absolute trough of the market is always tricky and tough. But ’09-S VDBs are always in demand, and they’ll surely recover. 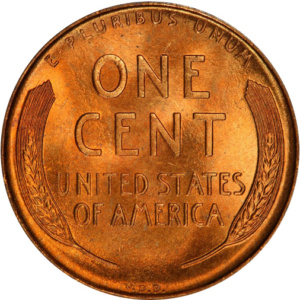 Going back much further than that, it’s tough because grading standards were so different. In 1957, Uncs sold for $60 or under. But was an Unc a 65 Red? Some were, but even then, they were Gem Uncs.

The corollary is also true. Some of those early certified Reds have turned Red-Brown and there just can’t be too many more raw coins out there.

As we go into the collecting months of Fall and Winter, it’s possible 1909-S VDB Lincoln Wheat Cents will climb a bit in value. If they stay flat, there may be more downhill coming. But with only 1000 coins out there and surely more than 1300 Lincoln collectors in the market, the 1909-S VDB seems to us like a strong buy for the long play.

Of course, we can always be wrong! Do your own research, and make your own judgments. Happy collecting!