Thinking about creating or upgrading your silver Roosevelt Dime set? It’s a great time to do it. 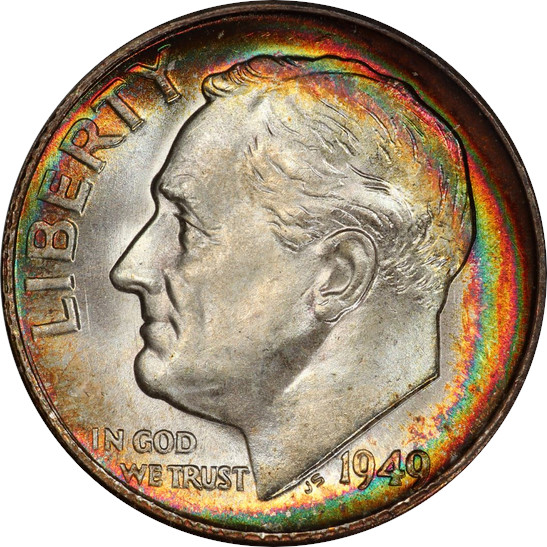 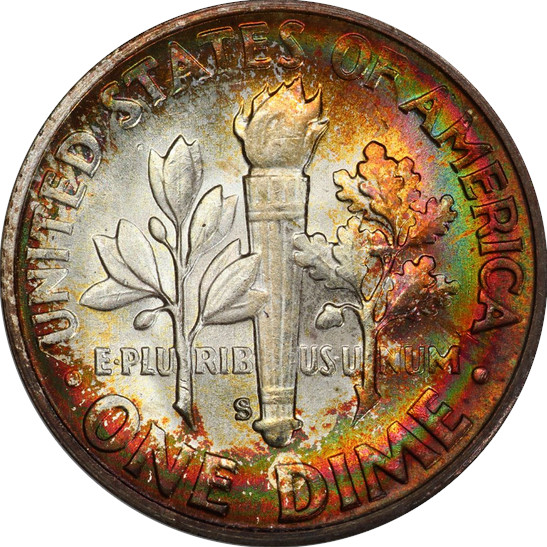 Here’s why:
Silver is down.

At the moment, silver is under $15 (!). That’s low. It’s possible it could get cheaper, but if you’re just beginning to assemble your set, you’ll be in the teeth of it while you’re reaping the benefits. It’s always possible silver could continue to go even lower, but without a way to predict the future, I’d say go ahead and get started. Silver will definitely go higher at some point in the not-so-distant future (under 10 years), so if you want to capitalize at that point, you can. And then you can start again when the cycle repeats. Or, possibly, at that point, the high-grade numismatic coins you’re interested in will be mostly unaffected by the spot price of silver.

Any way you look at it, get coins you love and you won’t have to worry about it.

History mostly reflects fondly on the then-progressive leadership of FDR, the President that lead us into and through World War II. Dumping the beautiful, but then staid Merc dime design in favor of such an accomplished (arguably, I’m sure) President was a no-brainer. At a time when there were no term limits, leadership stability helped the nation.

A Quick Aside about Modern Roosevelts

Copper-nickel Roosevelt Dimes are always cheap, so now is a great time to get them. But then again, always is seemingly always a great time to get them. As modern coins falter, picking up certified examples for a few bucks won’t hurt and they’ll remain easily upgraded for the next few years, if my guess is right. If it’s wrong, don’t get them. The only truly key modern Roosevelts are the 1996-W and the March of Dimes coins. The fervor has only slightly faded on the March of Dimes coins. They’re cheaper than they once were, but they will almost certainly go lower. And it’s possible decent coins (69s) will be makeable from sets for years to come. So unless you have to have them, maybe best to hold off yet. Up to you. ’96-Ws are great. That market is tough to predict.

1949-S Roosevelt Dimes in the highest grades seem like they may be a good deal right now, particularly if you buy right. If you’re after a Registry Set, the Key Date silver Roosevelt is only really scarce in Mint State 67+ or 67 Full Band or higher. (There are a couple of 8s out there, by almost none are Full Band/Torch. And of course those are moon money.) 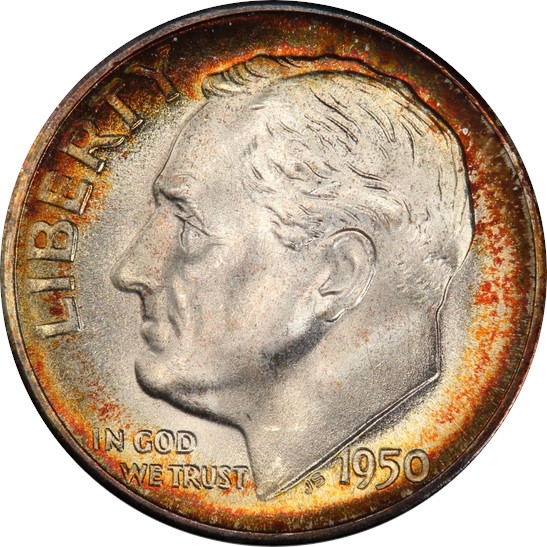 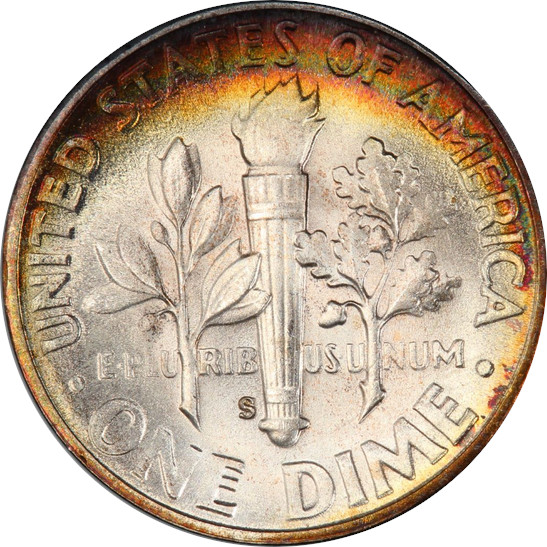 Aside from key date coins, the bulk of your collection can be picked up for $2. Of course, we’re talking uncertified (raw) eye appealing AUs at that price. You could even theoretically roll hunt silver Roosevelts, if you have the patience.

If you want solid uncs, with silver under $15, you should be able to pick up almost all coins raw for $5 or under. Certified coins will cost you more – where slabs are concerned it’ll be all about your sources. ANACS, ICG, and SEGS (NOT SGS) coins should do you just fine if you’re okay at grading. PCGS and NGC of course come with premiums you don’t have to pay if you just want nice coins. Though if you’re looking to sell in the near future, you’ll get more out of them. If you get slabs other than PCGS or NGC, look for crossover specials from those giants to see if you can slide your better coins into their slabs for better resale. Only you can decide if the cost / reward is in line with your wishes. Some people just like to have coins all in the same kind of slab. If that’s you, it’s probably better for you to buy them already certified in the right-colored holder.

If you’re looking to assemble a consistent certified set of non-FB coins, at say, 5, you can do so for well under $1000. A bit over $1000 if you’re looking for FB coins. The right play for you might be to find a nice set of 5s or 6s right now and upgrade to Full Torch over time. Have a look at the market and see what you can do.

Roosevelt Dimes are fabulous coins to collect. The Dime, in general, is one of the most venerable denominations in U.S. coinage history – the backbone of America going back to its inception. They’re a great coin to collect, and, it seems to this author anyway, particularly now with silver so low.