This was a fascinating study for me!

After reading my colleague’s most interesting report on the Armstrong Family Collection coins, I was inspired to sit down and tabulate some data. I haven’t done this in a while and I’ve been meaning to do this for a long time…

This report will be short, but the work that went into it was long. 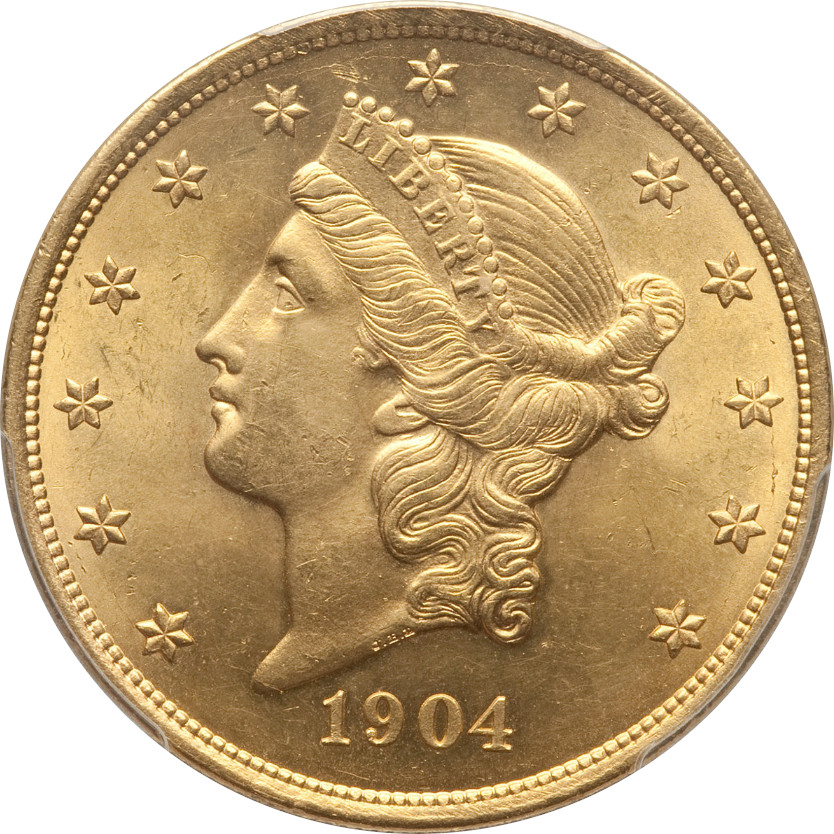 What impact does bullion market sentiment have on generic gold premiums over spot?

My hypothesis, knowing the collectors and dealers that I know, was that the impact would be significant. If gold was on a long bull run, collectors and dealers both might by up generic semi-numismatic gold to try to ride that wave. Also, if gold seemed to be troughing, they’d buy it up before it’s bottom reversal. And, if they thought it was near the peak, they’d drop it.

I studied hundreds of 1904 Liberty Head Double Eagle Gold $20 pieces in PCGS MS63 that sold over the past 20 years. I then narrowed that down to about the last three years. I could have picked NGC coins, but I chose PCGS. No bias, it’s just what I went with.

I did not tabulate “+” coins or CAC coins, nor did I tabulate coins with particularly interesting pedigree or holders. I looked at generics only. For the record, there are about 35,000 63s in PCGS holders now, out of over six million minted.

Unfortunately, it was too many data points to analyze the upgraders out. I couldn’t look at every one of hundreds of coins to determine if the coin was of premium quality compared to the grade. I just looked at sales, not the coins themselves. In other words, it’s entirely possible there were a few flippers in there who bought ‘3s believing they could ‘4 them, et cetera. Of course the price jump to MS64 is not significant, and only a dealer could try to flip that, and only if they had a sweet deal with the auction company. Otherwise, the cost of resubmission and seller’s premiums would far outweigh the upgrade.

But it doesn’t seem to have mattered.

What I found was shocking and fascinating:

There is no correlation to market sentiment. The premiums were all over the board no matter what the gold market was doing. It was surprisingly random. 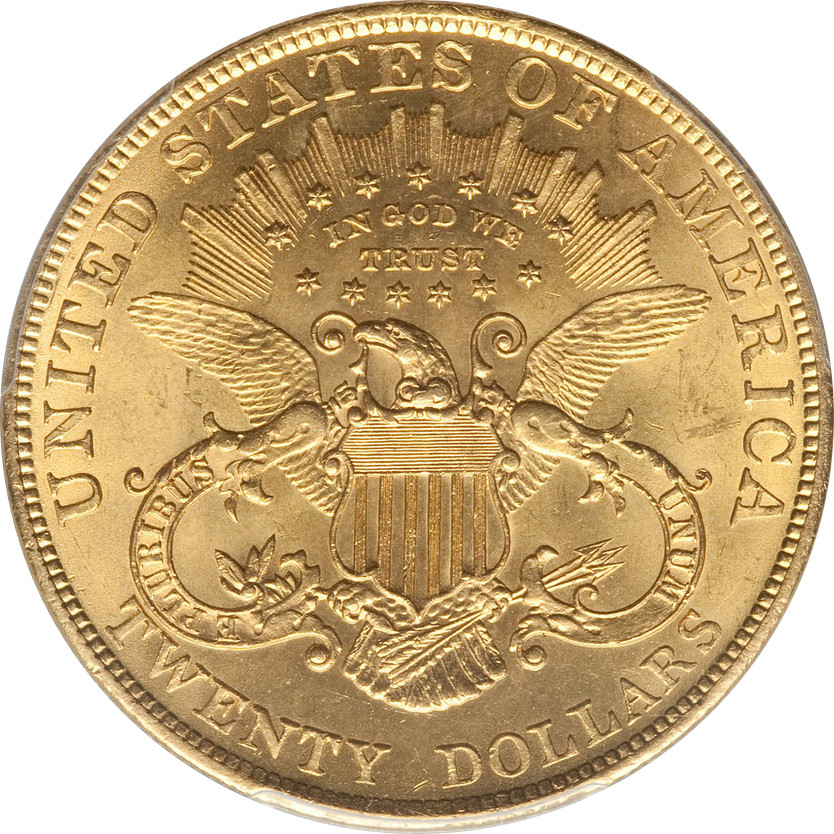 In other words, dealers don’t generally seem to play the bullion game with generics, nor do collectors. At least, not for the past few years, not on the whole.

So I went back and re-analyzed the data, widening the resolution to include the spot price the year before. My theory there was that perhaps buyers and sellers were playing a longer game, so they weren’t fussed with shorter term market fluctuations.

The results did not change. No correlation.

There were some wild hares. Overall, the mean premium over spot price for the past three years is hovering around 20%. There were a couple of crazy results – a premium here of over 40% and a premium there of under 15%. But on the whole, it’s been pretty stable right around that 20%.

So there you have it. Unfortunately, I can’t really come up with any sage advice from all this labor intensive pivot tabling and data crunching, other than try not to spend more than 20% over spot for a generic $20 unless you think it’s really special for the grade. And, don’t worry about what the bullion market is doing.

If it’s time to sell and you won’t lose your shorts based on your purchase price, go ahead and sell.

If it’s time to buy and you plan to hold as a collector rather than a speculator, buy whatever eye appealing coin puts a twinkle in your eye – but don’t pay too much for it.

Which, all in all, seems like pretty good advice.