Well, the original title of this article was, “Hot Common Morgan Dollars”. But after analyzing the data, that didn’t work out so well. You see, there aren’t any at the moment – at least, not according to the data I studied. 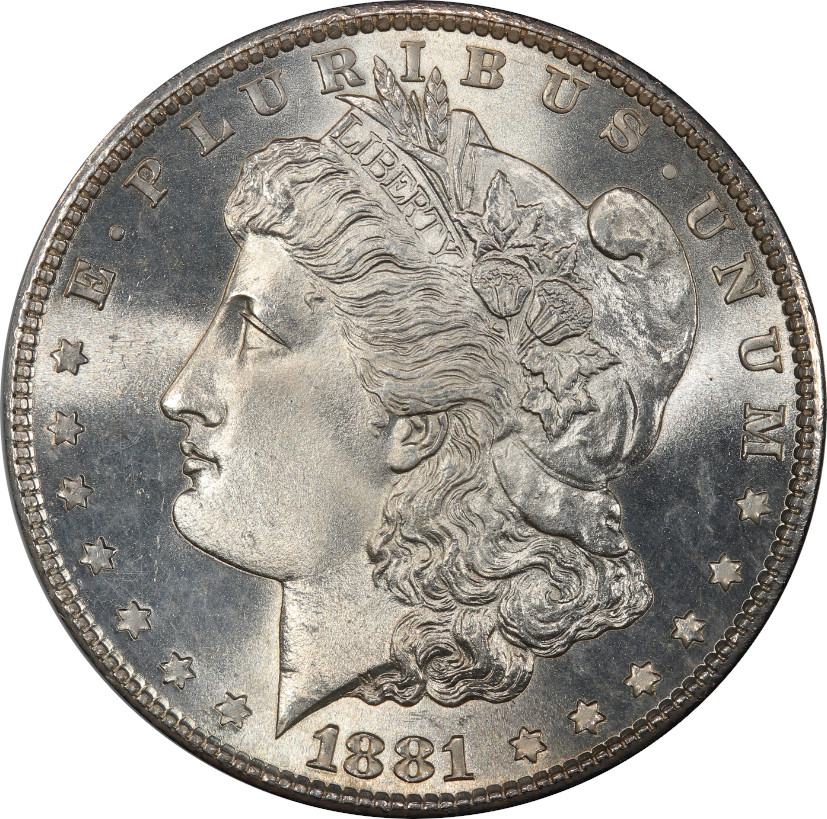 1881-S Morgan Silver Dollar, Untoned Mint State 67 – Obverse. A spectacular coin like this was trading for an average of over $800 just ten years ago. 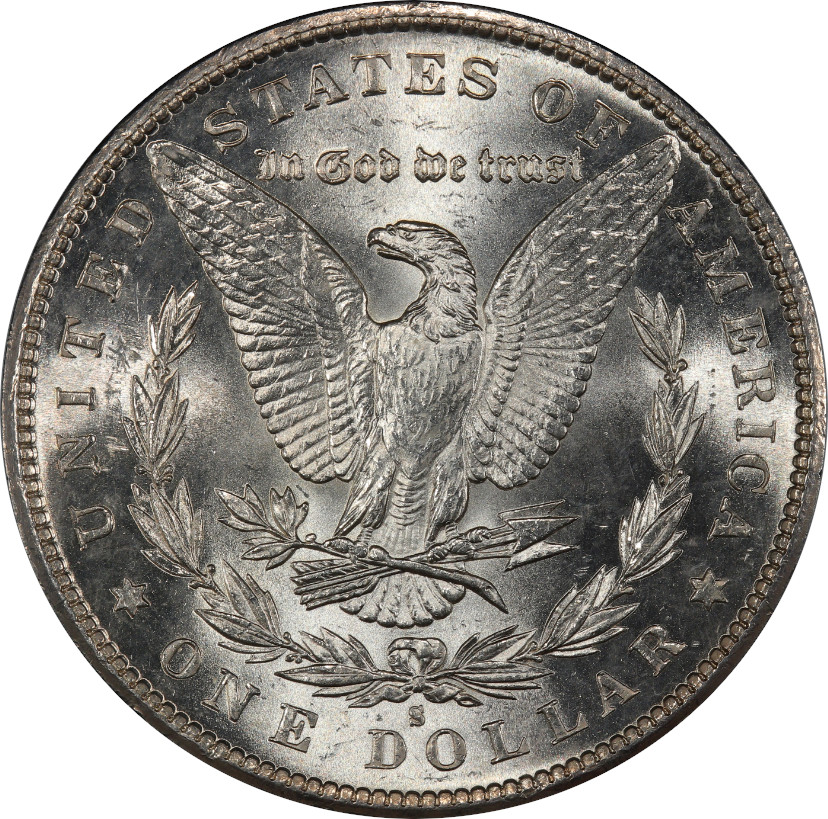 1881-S Morgan Silver Dollar, Untoned Mint State 67 – Reverse. These days, if you’re lucky you can pick one up for under $400! This market won’t last forever. When it will end, nobody knows. But it’s a great time to get a spectacularly gorgeous coin.

I analyzed 1881-S Morgan Dollars in Mint State 63, 65, and 67 going back to 2008 to see if I could find any hot trends with these common coins. The news isn’t great for sellers, but it doesn’t seem bad for buyers. Although I didn’t look at it, I suspect the finest-known coins, in the 68+ and 69 range, are probably doing just fine. But then Mint State 69 1881-S Morgan Dollars are not exactly common.

Spectacularly toned CAC coins aren’t common, but they aren’t rare. Their prices would have you believing they are rare, though.

Let’s look at the data.

In 2008, Price Guide was about $49, which concurs with a group of random public auction samples I looked at. We’re talking 1881-S Morgan Silver Dollars graded Mint State 63. Despite being incredibly common, there were surprisingly few on the market. Graded 65, the coins were much more prevalent in the market, with many more sales records. They were trading for about $170, just a hair below price guide at $176. 67s sold on average for $800 or just under, well below Price Guide of $1,000.

2015 showed a continuing trend for the humble little 63 coin. 1881-S Morgan Silver Dollars certified Mint State 63 were selling for a hair more, just over an average of $65, while their Price Guide value seemed impeccably correct. 65s didn’t paint as rosey a picture though. MS-65 coins were selling for $140 while Price Guide said they should sell for just under $170. MS-67 coins had come down a tiny bit, too, selling for just under $700 while Price Guide said $830. By this time, there were 7s selling for the mid-to-low $500s, though it was still not common to see.

And for 2018, more of the same, except for one major difference. 63s have flooded the market in unprecedented numbers.

Now past performance is no guarantee of future results. And it’s certainly possible that 1881-Ss in ‘3 are worth $20. But common investing sense says to buy when things are cheap and sell when they’re expensive. Well, 1881-Ss in all grade are relatively cheap in 2018.

There may yet be downward movement. The big question is, of course, where are the buyers? When there is more supply than demand, prices fall. When the next wave of buyers come in, there will be more buyers and prices will go back up. How long that will be, nobody knows. But it will happen. It always does in coins. Will it be 2019, 2029, or 2119 – that’s the question! But it will happen.

Until then, relish the fact that you can buy a gorgeous coin cheaper than you’ve been able to since 2010 – or looking further back, really since 2004!

That right there is a beautiful thing.